The Clothing Manufacturers Association of India’s popular fair that’s held each year in July at the Bombay Exhibition Centre is now in it’s 67th year.

Undoubtedly the most awaited garment fair of the country and the largest garment fair as well, this year, is a mega four-day event cutting away from the norm of a three-day one. And lingerie has been an integral part of this mega event since years. We met and spoke to some of the leading brands in the intimates segment and got some insightful responses on day to of the ongoing fair and here’s what the brands had to say.

Mr Vimal of Vimal Nightwear has been participating in the CMAI event since over two decades and has seen the changing face of the fair. He believes that CMAI participation is one of the best participations in India your brand gets proper exposure. “We get the maximum exposure and what work we have today is only due to the CMAI platform. It’s a great platform to showcase your brand. Today is the second day and is a very good one. In the next two days I think it will be good and on the fourth day, I feel more locals would visit. This fair is best to showcase your brand in India as there are so many people under one roof and mainly, we get the maximum number of customers here. Nobody has that pull and power to get so many people.” 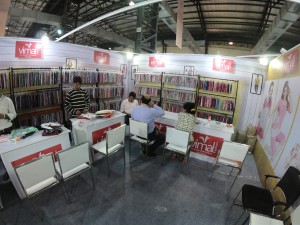 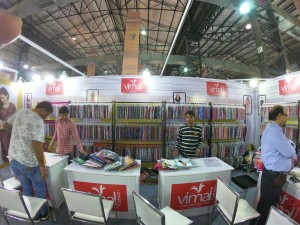 Speaking about the arrangement at the fair, he states that it is the best and customers get something new, something that are looking for at the event. Hence, they participate as well and he says that once the customers come, the management becomes smooth.

Red Rose is a brand that’s been around since many years and while talking about their experience at the fair, Mr Ramesh Vora said that their experience has been amazing at the CMAI. He says, “The response has been very good on the second day of the fair itself and we expect it to be great in the coming two days as well. Except for the little things such as there’s no cooling here and it’s quite hot, all the arrangements are very good. They’ve taken good care of us and we are very happy with everything.”

While for Groversons, Paris Beauty too, it has been good so far; “We took a gap for two years and this year’s definitely looks to be better than the previous one. The response is definitely good and I find parties coming from Jorhat in Assam. If people are coming from that far, I think it’s a good sign. We are expecting more from Maharashtra, Gujarat, Karnataka, Kerala, and we’ve got a response from Punjab, etc., as well and it looks to be good only hereafter. The arrangement is quite good but the only thing they can’t control is the weather and Mumbai’s traffic. Also, the only thing disturbing is we don’t get conveyance to back to our hotel,” he says.

For Little Lacy too, it has been quite good. Akshay Padwal stated, “This year I guess it’s much more positive and responsive compared to the last two-three years. We’ve seen a lot of footfall even on the first day given that it was a Monday and first day of the week, the traffic and monsoon, all together. We were counting that we would see a lot of people of Tuesday (the second day), but we saw a lot of people on day one itself and on the second day the crowds have increased. So, it’s been good.”

Priyanka Dedhia of Lady Care found the response really amazing as well. “Many new people are coming in and right now there’s a very positive thinking and many have turned up today. I think many more will be coming in; because of the rains, they’ve not turned up but we are looking forward to more people.” 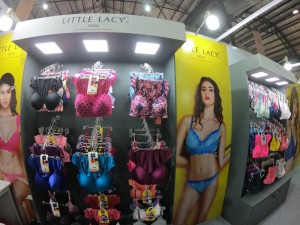 Giving credit to CMAI for the arrangements and a good turnout, she said, “CMAI has always been beneficial to us. We are quite fulfilled about the response we get from and are happy. Last time it was a little low, but this time, it’s better. Also, we are happy with the arrangements and given us good service and everything’s perfect.”

Speaking about his experience about the past two-three years, Akshay elaborates, “This is my fourth CMAI event and in the past two-three years were a bit slow, and our own association, Intimate Apparel Association of India, had a separate hall for lingerie. This was then, and we had our fingers crossed but it didn’t work out too well because generally people don’t have that kind of stamina to visit another hall after the women’s men’s and kids sections. So, ever since, we’ve merged back into the women’s section and the response has been great with many footfalls and it’s been nice. But last year, the markets were hit by currency change, the GST, and it was a bit slow and everyone was scared and panicked but now everything is settled and we can see the positive outcome.”

He also stated that this is the first time that CMAI has a four-day event instead of three, and that the extra day was given to people to build that strength to visit each counter.

Overall, we can say that day to of this mega event was quite fruitful for the intimates players and the next two days look positive as well.

Trendy and comfortable lingerie by one of the leading intimate wear brands of the country
Fashion Tea: Style Tips from Celebrities and Their Stylists
Make sure you Coppafeel!